What is an eating disorder

An eating disorder is a mental health condition that is characterized by extreme variations from safe and healthy eating habits. Behaviors such as binge-eating and self-starvation are often accompanied by low self-esteem and distorted body image. There are a variety of eating disorders, as well as types of treatment, including the following:

Anorexia nervosa: Those who struggle with anorexia nervosa will view themselves as being overweight even though they are not. As a result, they participate in extremely intense dieting behaviors, including limiting their caloric intake, which leads to malnutrition. Individuals who are afflicted with anorexia tend to become fixated on their weight to the point that they will follow a dangerously restrictive diet and weigh themselves continuously throughout the day.

Bulimia nervosa: Individuals with bulimia nervosa participate in both binging and purging. Binging involves ingesting extremely large amounts of food, often at a very quick pace. Purging can include inducing vomiting or abusing enemas, laxatives, or diuretics to rid their bodies of the food they just consumed. Those with bulimia are typically at or slightly above normal weight, and are often afflicted with extreme anxiety regarding weight gain.

Binge-eating disorder: People who have binge-eating disorder tend to struggle with controlling their eating behaviors. In response to their lack of control, they will consume large amounts of food, often very quickly. When in the midst of an eating binge, people who have this disorder may feel as though they are incapable of stopping or controlling their eating. The periods of binge-eating are often followed by feelings of shame, guilt, and self-loathing, which can prompt future binging episodes.

The National Eating Disorders Association reports that a little more than 6% of individuals battle with an eating disorder at some point in their lives. Sadly, those with eating disorders are at a greater risk for suicidal ideation and suicide attempts. Those who develop eating disorders tend to begin displaying symptoms at a median age of 12 to 13 years of age.

Scientists and clinicians agree that eating disorders tend to be caused by a variety of different and complex factors. These factors consist of genetic and environmental influences, including the following:

Genetic: Those with close family members, like parents or siblings, who struggle with eating disorders tend to also battle similar issues at some point in their lives.

Environmental: One’s environment can play a significant role in the development of an eating disorder. For example, those who have grown up in homes with family members who were exceptionally critical about their own or other’s physical appearance and weight are more likely to battle with an eating disorder. Peer pressure and teasing at school can also influence an individual’s chances of developing an eating disorder.

Symptoms and signs of an eating disorder

Some of the most common signs and symptoms of eating disorders can include, however are not limited, to the following:

If eating disorders are allowed to persist, they can have severely destructive and potentially lethal results, including the following:

Those who are afflicted with eating disorders and their many challenges are also more likely to battle with co-occurring mental health conditions, such as: 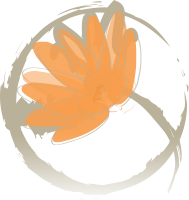 “Things were getting worse and worse before coming to Carolina House, but my now my life has never been better. I can't remember the last time I felt so happy and confident with myself. I couldn't have got here without them.”